How to Actually Expand Your Music Collection 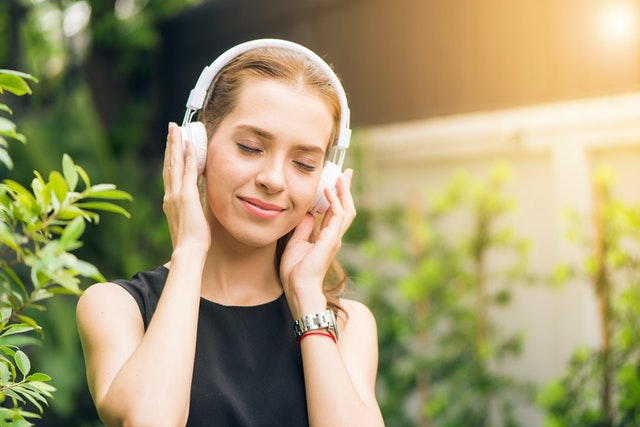 What is it about music that so many want to take ownership of? Back in the long not so distant past, collecting vinyls of your favorite type of music or any type of recorded sound was an essential part of every household. For some people, it became almost a personality trait, the type of music they enjoy. From classical, folk, blue note jazz, and country to rock and roll, pop, and every musical genre in between, there has always been music that has been worth collecting. But how was this collection done in the past? And how does the music collection options of yesteryear compare to the nowadays mismash of privileged selections?

The History of Music Collection

Before the 8-track, Cassette tape, and eventually the Compact Disc, most music was collected, by the buying public, primarily by utilizing either the '45' (the 7-inch vinyl record) or the 'LP' (the 12-inch vinyl record). Most of the earliest record collecting opportunities were too expensive for the masses. The gramophone (initially coined the phonograph) is the original device for recording and subsequently recreation of the sound.

1877 was the year the phonograph was invented by the famous American inventor Thomas Edison (who was also responsible for the early forms of the light bulb and distribution of electric power). Edison's initial process of making phonographic records was as complex as it was beautiful. Originally using an open metal cylinder and wrapping it with tinfoil. Recording into a disc specifically there for documentation, this disc vibrates and also has a needle on it. The needle then records vibrations into the tinfoil.

To the naked eye, this etching looks like readings from a heart monitor spiraling around the cylinder. For the playback, the needle moves back to the beginning of the vibrations on record. It then rotates around the cylinder at the same speed as during recording. The resulting ‘sound’ came out of a cup, or any contraption, which was the initial recording. Amazing, right? But this process and its results were just out of the reach of the common man.

This was obviously a problem, if the idea was to eventually profit from these technological advancements. The coronet player, Jules Levy is known as the first recorded act with his rendition of “Yankee Doodle”. The wax cylinder was instrumental in the development of the first records for sale. Jules’ wax cylinder of “Yankee Doodle”  was playable at home on the Edison Parlor Speaking Phonograph. Coincidentally the first home-use phonograph, sold for $10 in 1878 (approximately $289.11 nowadays after inflation).

It was only after World War II, that records became available to the public on a large scale. This is due to changing records from playing at one speed at 78 revolutions per minute (rpm). By that time magnetic tape became the medium of choice to create records, mainly because magnetic tape allows greater fidelity of sound than the other available mediums. However, the real precursor for the mass production of records came when Peter Carl Goldmark, in 1948, invented a record that could be played at half of 78 rpm at around 33.33 times per minute.

Further improvements in production saw the needle’s groove narrow in size. Both of these developments allow for up to six times as much music to be on a single record. Now, recording companies like RCA-Victor could release entire albums of big band jazz, blue note jazz, rock and roll and their Elvis catalog on a single LP instead of a set of 78s. During this time 45s were also coming to the market. Thus a new dimension of music collecting - enticing the public into purchasing 45 singles instead of LPs.

As the music medium formats change over the years, so did fervor and zeal for music collection seem to increase with every successive generation. The cassette was created by Lou Ottens through the Dutch company in 1963. And contains two mini spools, where polyester, magnetic coated plastic film is passed and wound. The cassette was initially intended for dictation machines but quickly found use in the commercial music industry for distribution and recording purposes. But it became extremely popular amongst music collectors because of several factors: Cassettes are more portable than records, it is the cheapest way to get physical analog music and they are easy to duplicate, modify and repair. Unfortunately, in terms of sound fidelity, cassettes pale in comparison to its vinyl predecessor. That being said, there are those that collect cassettes for their particular nostalgic reminder of the aesthetic of the 1980s.

The last physical medium that has found some favor with music collectors is the compact disc (CD). It was created in 1982, by both the Sony and Philips conglomerates to store and play digital recordings. Although this format was later adapted for data storage, the compact disc's original purpose is one of the reasons why this medium is currently one of the favorites among music collectors. The 74 minute playing time of a CD is much longer than the 22 minutes per side of LPs. This sometimes affected the choice of format chosen by music collectors. But what seems to be the main factor in the choice is the differing sound.

CDs are able to recreate a wider dynamic range and bass in its sound in comparison to the warm analog crackling sound of vinyl. Another positive of music collections with CDs is the accompanying booklet that often comes with each album. These booklets are really what accentuates the CD’s value to the collector by adding to the story of the album. The booklet might have artwork, behind the scenes even putting the lyrics and song credits of each track; really making each collector feel more connected to the artiste/s and album.

The shift the last few years has been towards a more digital based collection for the average avid music collector. The future that the music-sharing service Napster helped to hasten is in the digital audio MP3 coding format. Thus, fully digital stores and streaming services are everywhere. This way of collecting music might offend the purists who rather the physical feel and sound of vinyl LPs, Cassettes and CDs. However, digital exclusive music collection certainly has value. The minimization of space and general upkeep is certainly a clear positive. Especially as thousands of digital tracks can fit on a device as large as the average thimble. While MP3s corruption is possible, ease of access means that whatever damage occurs is easy to replace.

Technology being what it is today, it is now easier than ever to purchase any genre of music. From the classical Beethoven, Howlin’ Wolf’s hillbilly blues, Dave Brubeck’s blue note jazz to Black Sabbath’s rock and roll, Prince Buster’s ska, Bob Marley’s reggae, Afrika Bambaataa’s hip hop. Collectors can now choose whichever format they perfer. Knowing this the artists and labels of the present day are doing their level best to engage their audience by releasing music in every available format. Often, by engaging the help of hundreds of specialty stores, both brick and mortar and online stores alike.

These shops could help tell the story of the music by providing art pieces and select merchandise. This is in addition to all the tracks that made people into fans in the first place. So for the conscientious music collector, the best bet is to find one of these music boutiques. Either locally or online - and search for the songs that make any trip down memory lane a wistful one.